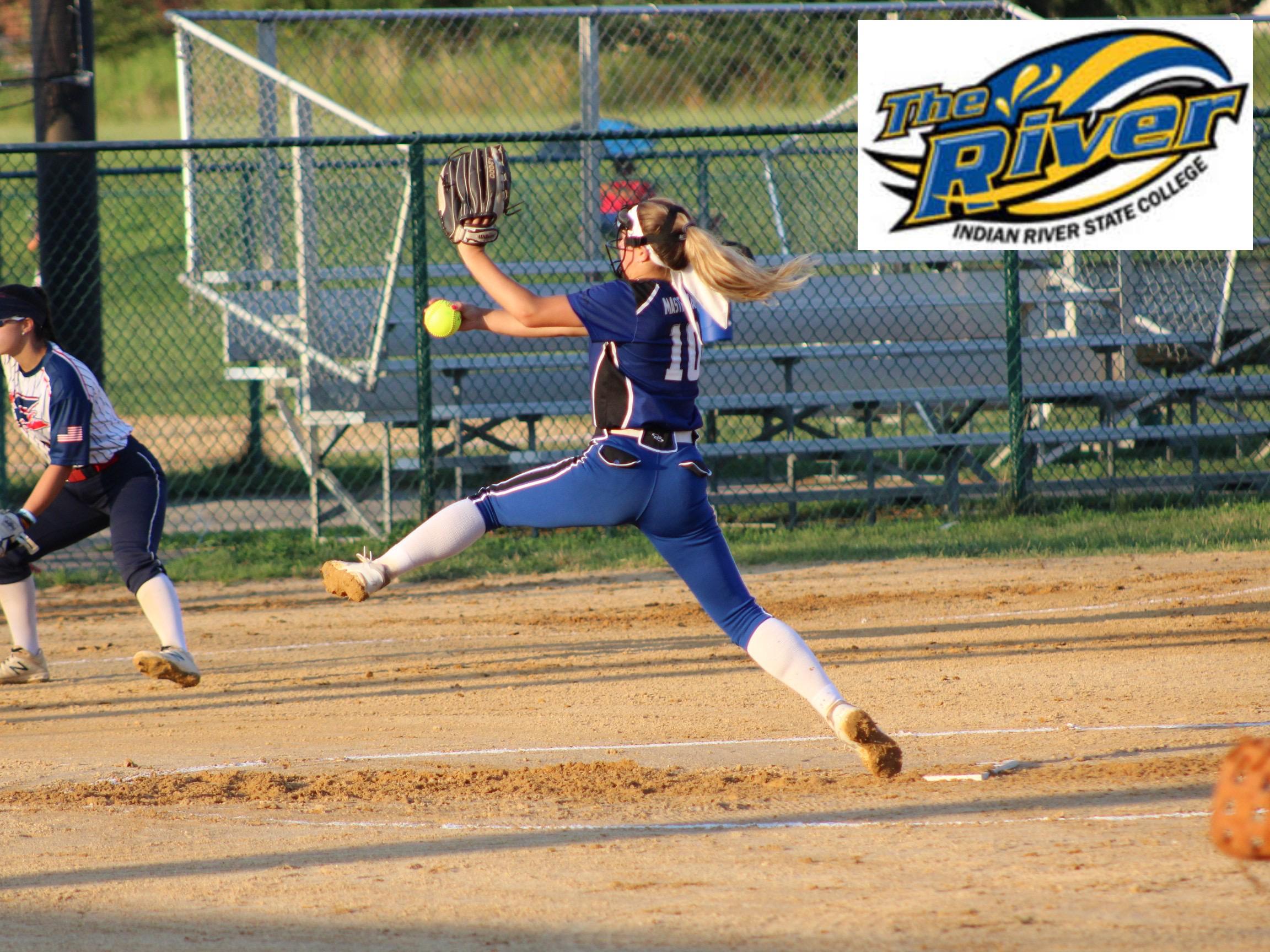 Congrats to Mack on committing to Indian River State College! 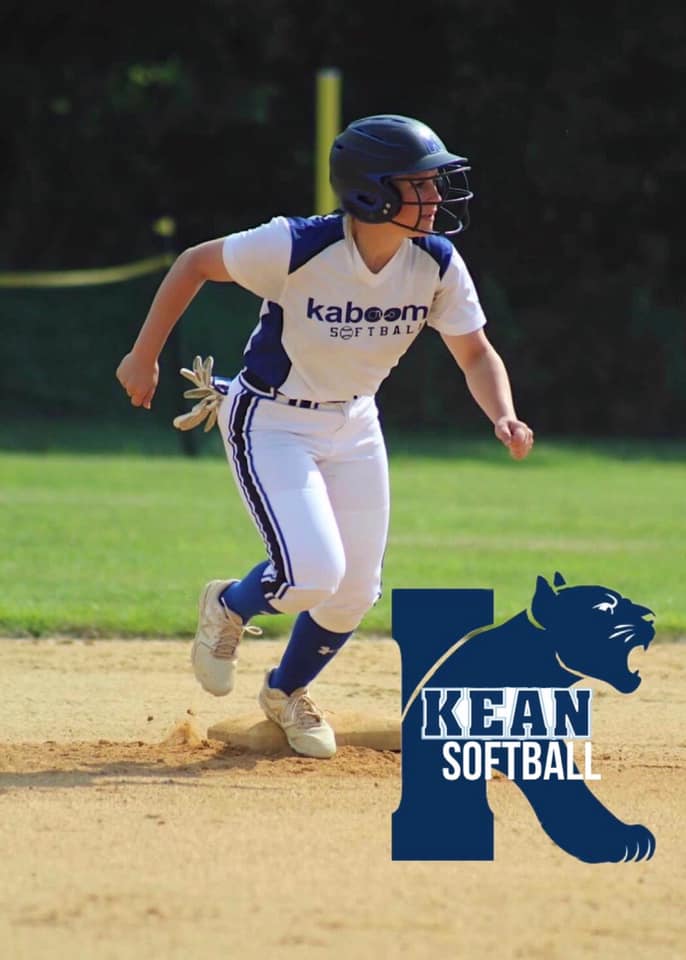 Congrats to Kaboom’s Angie Barbero on her verbal commitment to continue her Academic and Athletic career at Kean University! 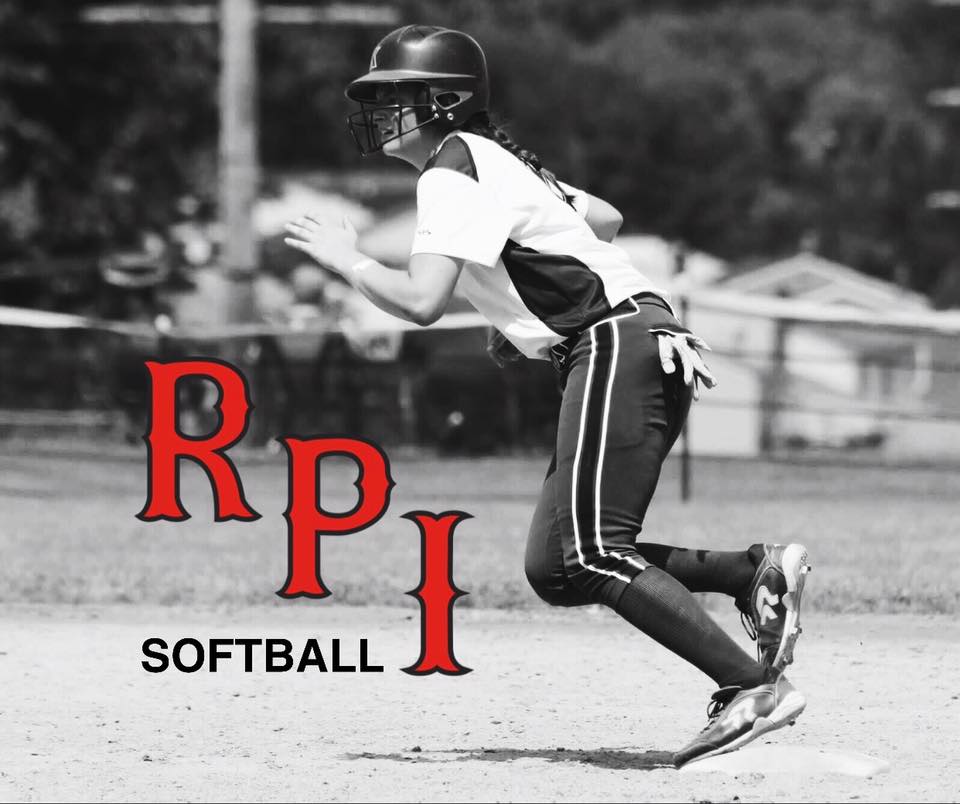 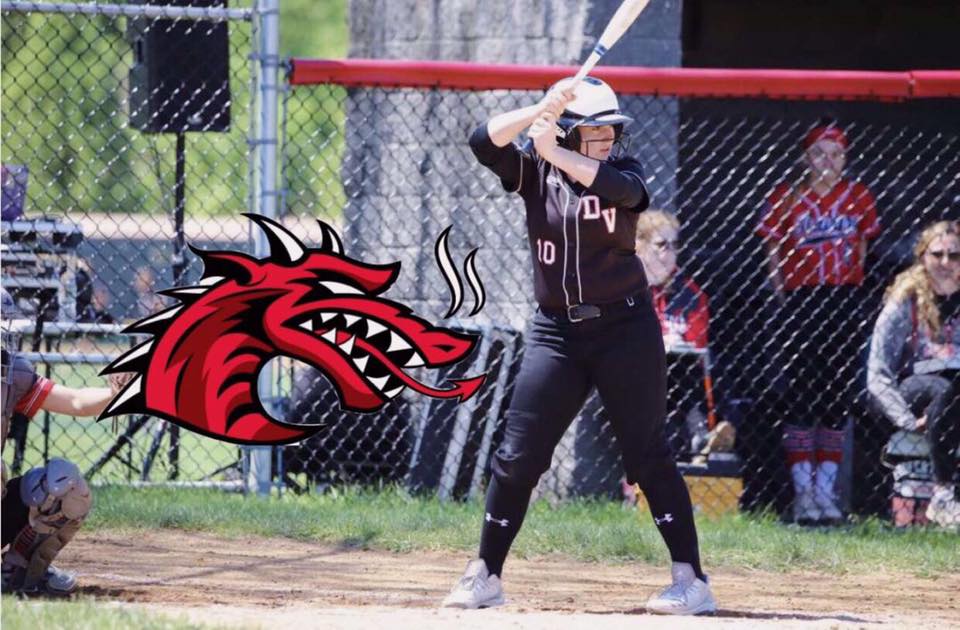 Congrats to Kaboom’s Hannah Kroger in committing to continue her Academic and Softball career at SUNY Cortland! 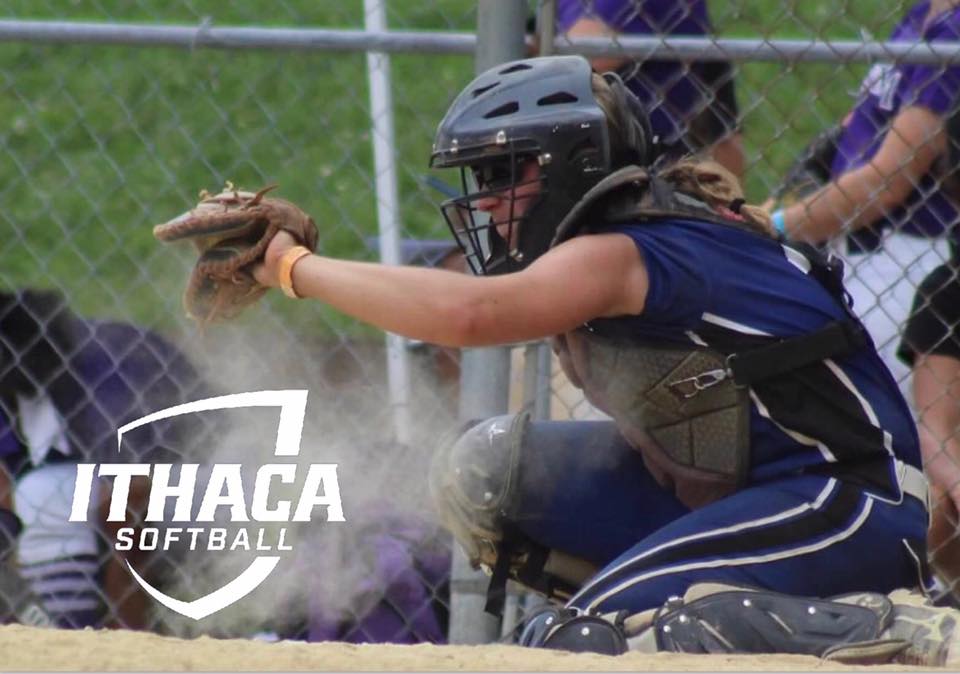 Kaboom Softball is pleased to announce that Carly Curcio will be continuing her Academic and Softball career at Ithaca College!

12U Kaboom Finishes in Second Place At The Rock Autumn Fest 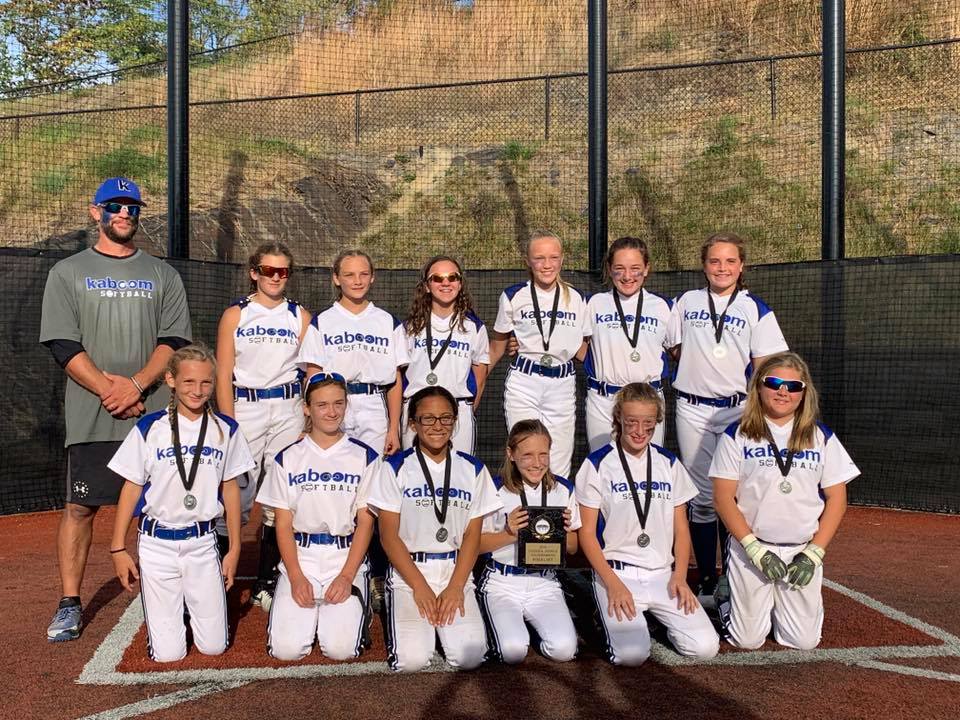 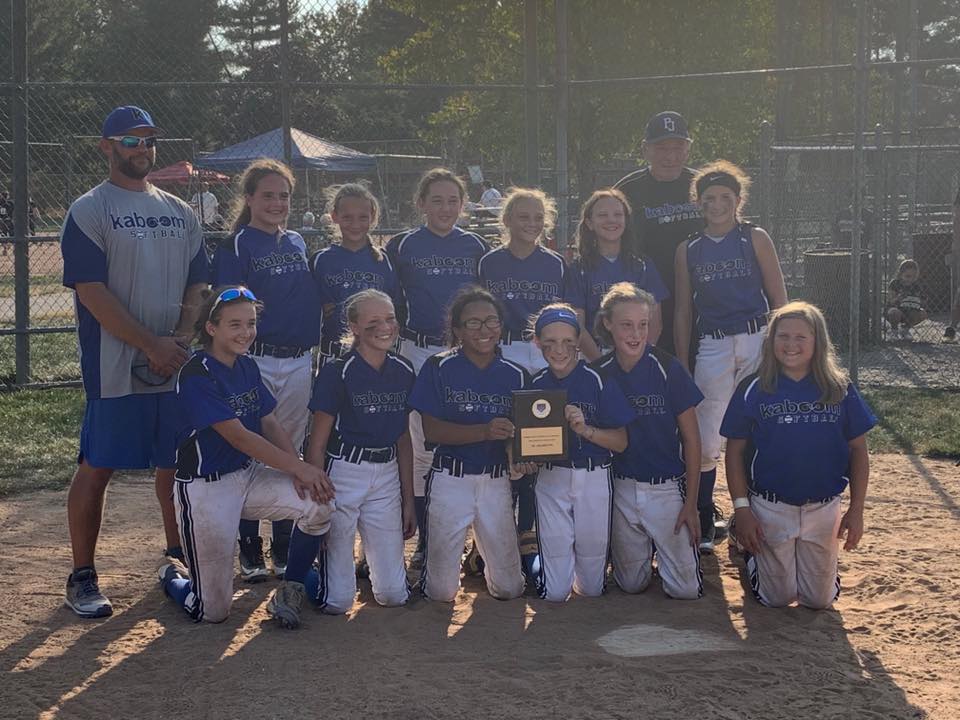 Congrats to 12U Kaboom for winning the USA Softball Harvest Challenge ! 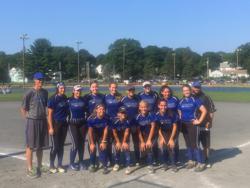 A very eventful final day of the Summer for Kaboom 18u Barbero!

Second off...thank you to Coach Ant on his endless and tireless effort to provide these young ladies with not only an education on how to play the game but also the lesson that in life...someone will always have your back!

We are graduating 4 Seniors, and have a player joining an extensive EMT program to chase her career dreams.

Kayla Hillenbrand will be attending TCNJ

Alexis Cooke will be attending RPI

Jailene Serrano will be attending Felician

Justyne D’Ascoli will be attending CCM

All 4 will be playing softball in addition to furthering their education.

A Kaboom original...Emily Parete will be participating in an EMT program this fall so she will be stepping away from the team for the fall.

It was a great summer and a great career for those moving on. I want to thank all the players and their families for being a part of my family!

We are your coaches for life ladies...here if you ever need us!

To the rest of the team...goal for the fall is 15 for an even 40 on the year! Remember that if you don’t know the team’s win/loss record...you’re not doing this correctly! Continue to be a team first and an individual second and you will go far! 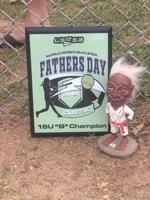 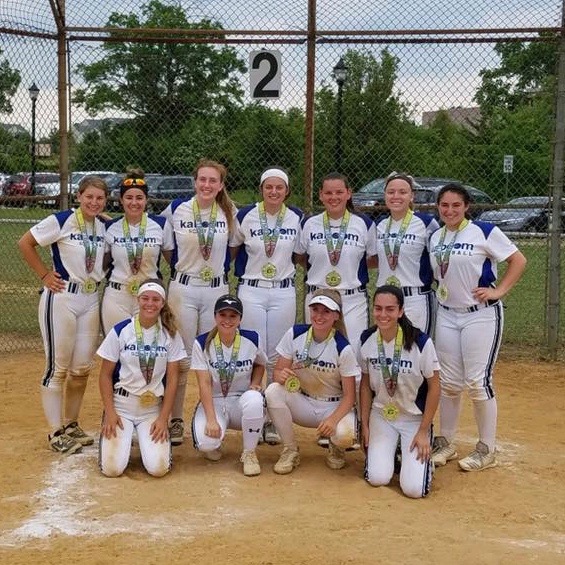 Chris Stelma grew up as a baseball player with no softball background to speak of and no plans of ever getting involved in the sport.

That has not stopped him from coaching softball at the Division-I level and owning a premier softball club program in Sparta -- Kaboom.

Stelma got his start just giving lessons and coaching little league baseball. Along with Vinny Carlesi, Stelma took over a club baseball team, which eventually kept growing to six teams.

After starting Fielders Choice Baseball in 2011, which has now combined with the Sussex County Miners at Champions Way Sports Academy, Stelma got pushed to the softball side of things by another buddy, Matt Malejko.

"I was a true blood baseball guy," Stelma said. "I hate to say it, but I used to say that I don't coach softball, I coach baseball. In the beginning of it, I was actually reluctant."

That began Kaboom in 2012 and how Stelma began to grow in love with the sport. The first team he coached was 14U, and it did not take him long to see that softball was a different game.

"We scored seven runs in the first inning, and I looked at Matt and I go, ‘Oh, this is easy,'?" Stelma said. "Then the other team bunted nine times in a row and the score is 7-7 in the first inning. I was like, ‘All right, I have a little bit to learn here. Why didn't you tell me it was going to be so bunt heavy?'

"The games are short, they're quick and fast. Everybody is closer because it's a smaller field. That's what I fell in love with. Pitching is obviously the biggest difference. The speed of the game, being able to bunt, defending the bunt, baserunning are all big adjustments."

Stelma, who grew up in Vernon, graduated from the University of Rhode Island in 2006 and made 31 starts at shortstop for the Rams over two seasons. After getting into softball, he got a job as an assistant coach at Pope John with Frank Canning and was there in 2014 and 2015.

That led him to an assistant job for a year at William Paterson University before he became the head coach at Saint Peter's University, a job he has now held for three seasons. He has always had pitching coach Sue Ruffo alongside him.

It's rare to go to a local high school varsity game in Sussex County and not see a Kaboom player on the field as the program has taken off. Kaboom had nine players -- Kayla Hillenbrand and Maddie Sacchiero of Pope John, Carly Curcio of Hackettstown, Vernon's Olivia Vizzini and Kaitlyn Buurman, Jefferson's Carly Wurster and Emily Parete, Alexis Cooke of Kittatinny and Justyne D'Ascoli of Sparta -- who were named All-Herald First Team or Second Team players this spring.

That does not include Herald Player of the Year Tori Grifone of Vernon and Newton's Maddie Gore -- who finished with an area-best .630 average -- both of whom played for Kaboom in the past.

"It's fun because it's our people," Stelma said. "I grew up in Sussex County. I remember reading the Herald. When you grew up there it means something to you. When it is our local kids it's kind of like we're doing it our own way. We're not out advertising trying to find the best players everywhere and constantly changing people out. We tend to stick with our kids over time. A lot of these kids have been in my program the last four years leading into being successful high school players. To me, that's when I feel like I've accomplished something."

Stelma preaches continuity the most with Kaboom. He wants to get players when they're young and keep them with the program, which is very tough to do in the competitive world of club softball. Players have a lot of different people in their ears trying to sell them a lot of big promises.

"In the club world kids jump around a lot," Stelma said. "They go for the brightest thing and the flashiest thing. We've had success with the kids we've had over time. The only thing you can do is try to provide the best for them. I recruit players for a living, so I know a little bit about it. You have to take them in, give them the best you can and hope they see it.

"You can't make somebody play with you. You can't make somebody stay with you. I don't think the families always understand the value of that. You're teaching loyalty as well as being with the same people. It's very difficult to keep them because we don't fly all over the country to play, and there are shinier things that other programs may do. We're just going to train you, get you the best at softball as we can and we're going to market you."

There are currently about 15 former Kaboom players who are playing on the college level, which is the ultimate goal for Stelma. Kaboom plays in semi-local showcases in the Northeast where he tries to get his players in front of the right coaches.

The program fields teams for 12U, 14U, 16U and two 18U showcase teams. Kaboom's focus is on technical skill development, player education, strength and agility training and personal growth.

"For the kids and the parents in the area, there are so many options," Stelma said. "A lot of club programs provide the same things. At the end of the day, people should be concerned with what information they're getting, who they're getting it from and if their daughters are happy and getting better at softball. That should be the end goal."